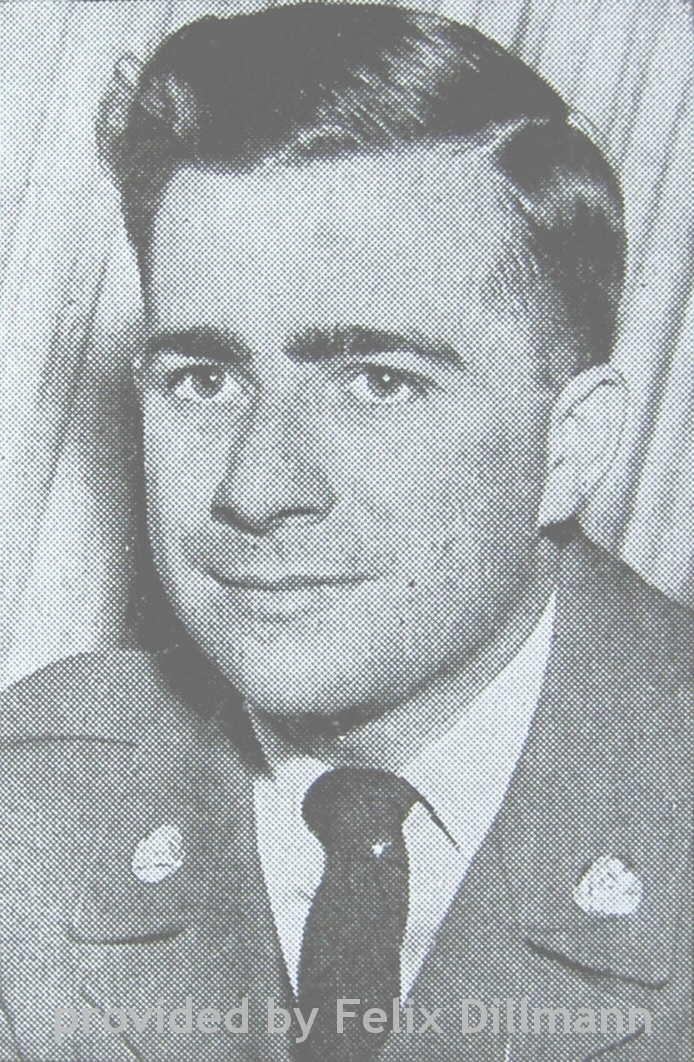 During his second tour of duty with USFA, Sgt Alfred C. Rudd, of the Linz station of the Blue Danube Network, was prominent in both radio and newspaper work in this command.

He came to Austria for the first time in August, 1949, when it was known as the Zone Command Austria (ZCA). He was assigned as ZCA Public Information Office  NCO and was stationed at Camp  McCauley.

He later was named sports editor of the ZCA News. In the spring of 1950, when the News was discontinued, he became one of the original four members of the USFA Sentinel, the later command newspaper. He started with the Sentinel as sports editor, and later became assistant editor in charge of feature stories.

In April, 1951, he was part of a shipment of Regular Army personnel who were sent back to the States to train recruits. But he didn’t train recruits, he was assigned as sports editor of the Breckenridge News, the post newspaper at Camp Breckenridge, Ky. Three months later, he returned to Austria for his second tour in USFA.

He was assigned to BDN Salzburg as newswriter for the Austrian portion of the Armed Forces Radio Service program, “Report from Europe”. He later was named manager of the BDN sub-station at Zell am See. He has been with the Linz studio since  March, 1952. Rudd was in the Navy from June  9, 1944, to March 14, 1946.

He was a  member of Small Craft Landing Unit  28, attached to PT Squadron  17.  His overseas duty during  WW II included service in  New Zealand; Leyte, Samar, and Mindanao in the Philippines; and Japan. Prior to enlisting in the Army on  August 29, 1948, he attended Illinois State Normal University in Normal, Ill., and worked as a publicity salesman for a tobacco company.