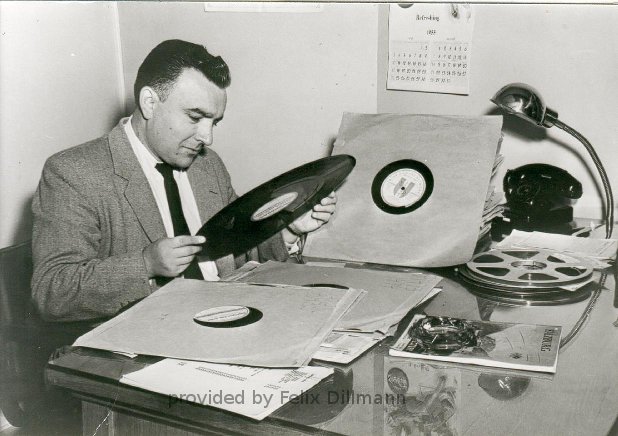 He was first employed with  WJJD in  Chicago, and also was heard on the mike of WHFC in Cicero, Ill.

Entering the Army in 1942, he served with the 82ndAirborne Division, and saw action with the 30thInfantry Division in France and Germany.

When  hostilities ended, Abbott  joined  the  AFN Staff in Paris  where he remained until May of 1946 at which time he transferred to AFN Frankfurt. In July 1947 Bob joined the BDN Staff in  Vienna,  where he was employed until Nov. 1943.

Abbott then returned to the States where he attended the Columbia College of Radio in Chicago and did some television work  over a local  Chicago station. He returned to BDN Vienna in August 1949, and was transferred to Salzburg with the key station in May  1950.