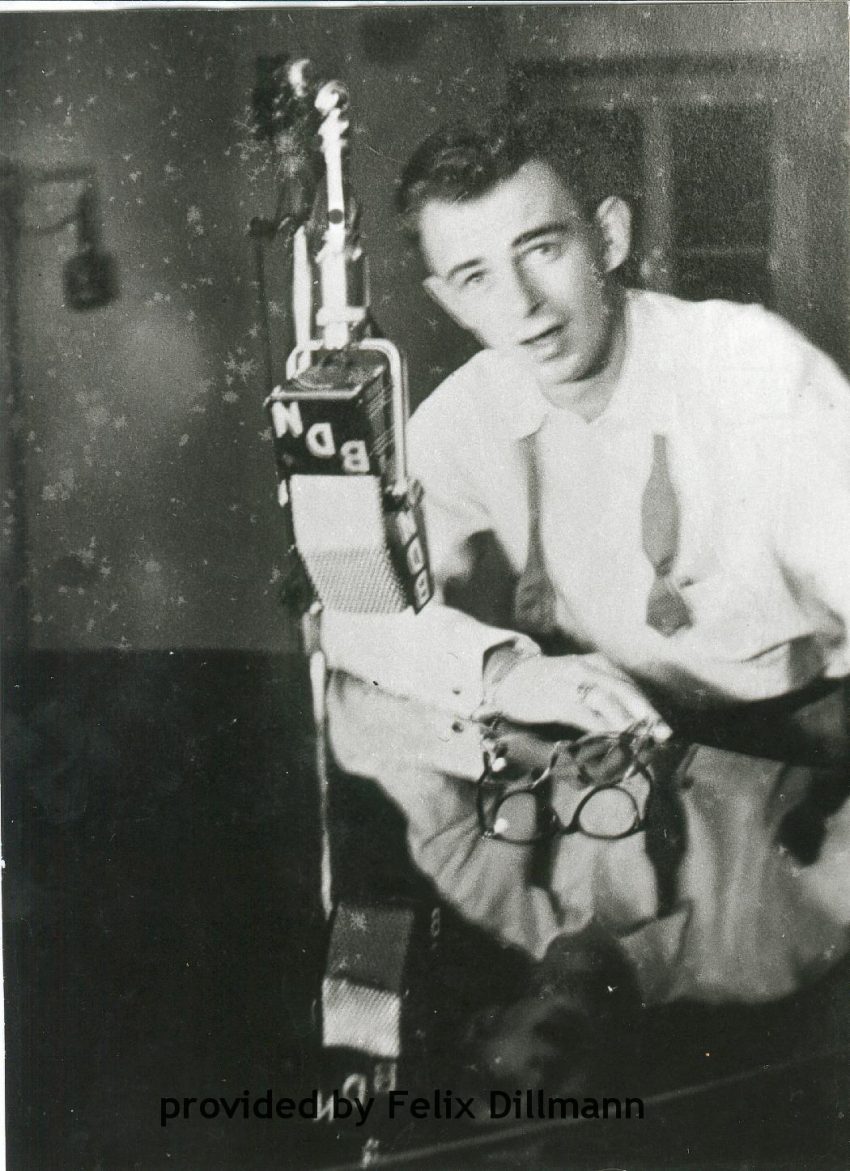 One personality heard daily over programs originating  from the Salzburg station of the U5FA radio network was Bruce D. White head, a 23-year-old corporal  from Webster Groves, Mo. With a  degree in radio speech from Quincy College and two and one-half years as a staff announcer with Station WGEM in Quincy Ill., Cpl Whilehead was not unfamiliar with his assignment with BDN when he arrived in Austria in April 1952.

Nor did his experience and talent stop with anouncing since he had had ten years of voice training which he often used over the air. Programs on the BDN schedule found the corporal emceeing “Take It Easy”, “Breakfast Club”, “BDN Radio Theatre”, “Mystery Bookshelf” and “Convalescent  Corner”.

Soon after coming to USFA, he made  several recordings which were sometimes played on Bob Abbott’s “Luncheon Matinee“.

Part of the corporal’s duties at BDN involved assistance with the production of other programs. He arranged several five-minute shows, himself, two of which  were “The American Way” and “Musical Showcase”.