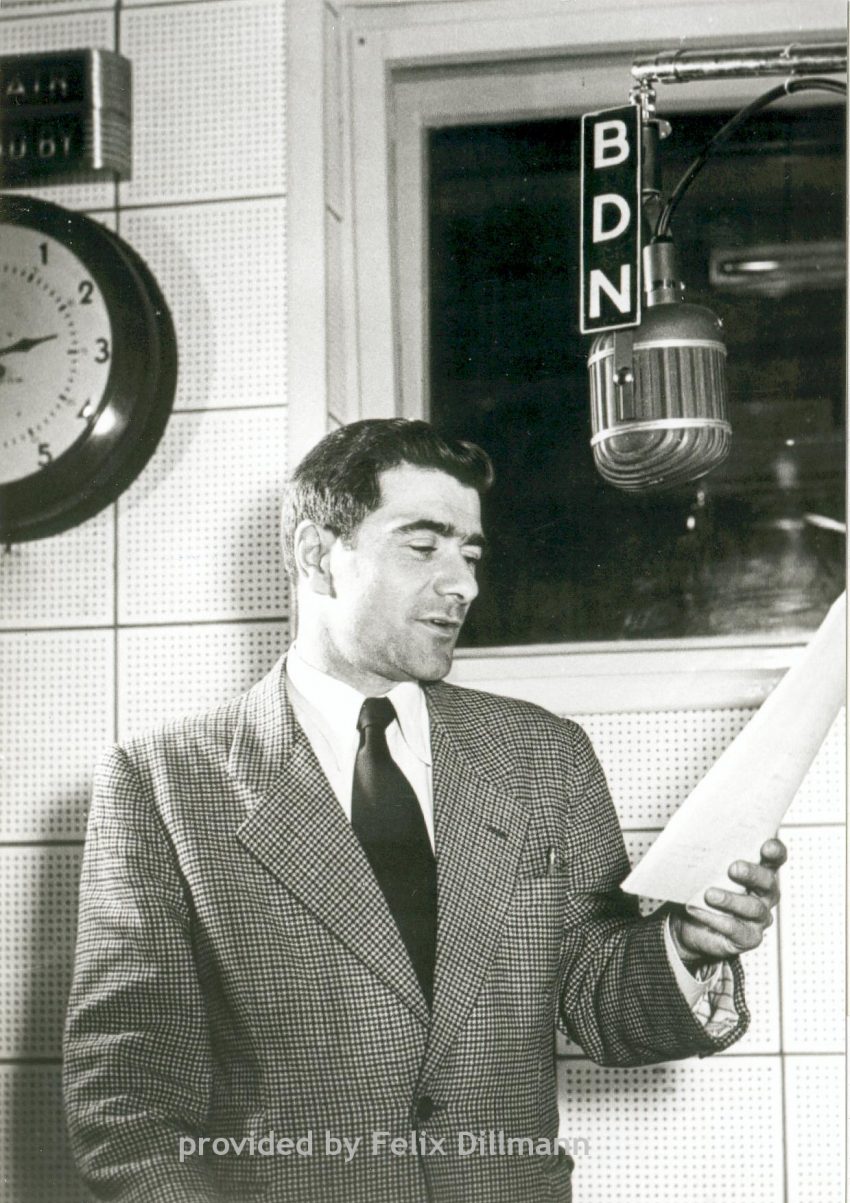 He was BDN’s oldest  staff  member – in terms of service  with the  network; he joined the station in 1945 while in the military stationed in Vienna. “I started on Aug. 16, 1945, in  Vienna, then moved to Linz, then to Vienna and then to Salzburg and back to Vienna before returning to Salzburg. I married my wife in Salzburg in the Mirabell Castle and had the wedding party in Schloss Klessheim.”

Mr. Miller was not only program director of BDN and also hosted shows like “Doctor music”, “The judge is you”, but also worked as “Area Cmd. Sports Director” with BDN (successing Gar Fairbanks, who returned to the states in 1954). His extraordinary memory was (and is) legend – he could recall the results from sports events dating back about five years without any problems and also give the names of players.

In 1955 Bud Miller moved to Germany and worked as program director of the Armed Forces Network in Frankfurt.

Shortly before his death, Bud Miller received a tribute from then US President Barack Obama – here is a link to a video (which his grandson gratefully provided on Facebook) with the tribute and a short interview with Bud Miller.