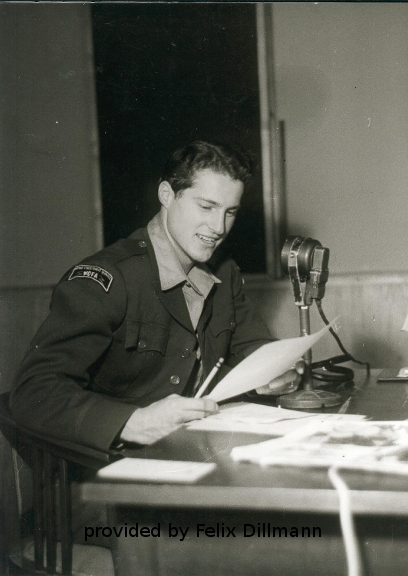 He started as DJ with BDN and later became also Program Director.

After his engagement with BDN he worked as actor in New York. He acted as well in movies („The desk set“, “The flesh eaters”), but also appeared on TV shows (“The doctors”, “Love of life”,…).

He also worked as tennis instructor at Midtown Tennis Club in New York and acted as model for Salvadore Dali’s picture „The crucifixion“ (1954), which is exhibited at Metropolian Museum of Art in New York.