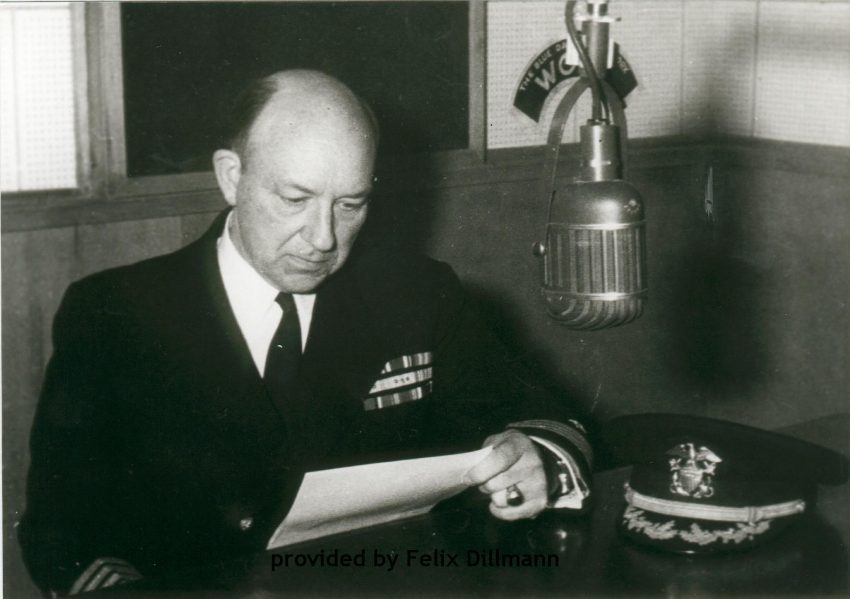 During World War II, as radio officer for USAFFE and SCAP, the colonel was in charge of Armed Forces Radio Service operations in the Philippines, Japan and Korea. In November, 1945, he was named officer in charge of radio for the entire Civil I&E  Division under Gen Ken R. Dyke, with the assigned mission of democratizing Radio Tokyo and  the Broadcasting Corporation of Japan.

He left the Service in 1946, only to be recalled as a major in 1948. In  civilian  life,  Boepple  was advertising director for Nestle’s Inc., supervising all ads and promotional activities in the United States and Canada for Nescafe and other Nestle products.

From 1951 until July 1954 Graf A. Boepple was Station Commander of the BDN – his successor at BDN was Edgar L. Tidwell.