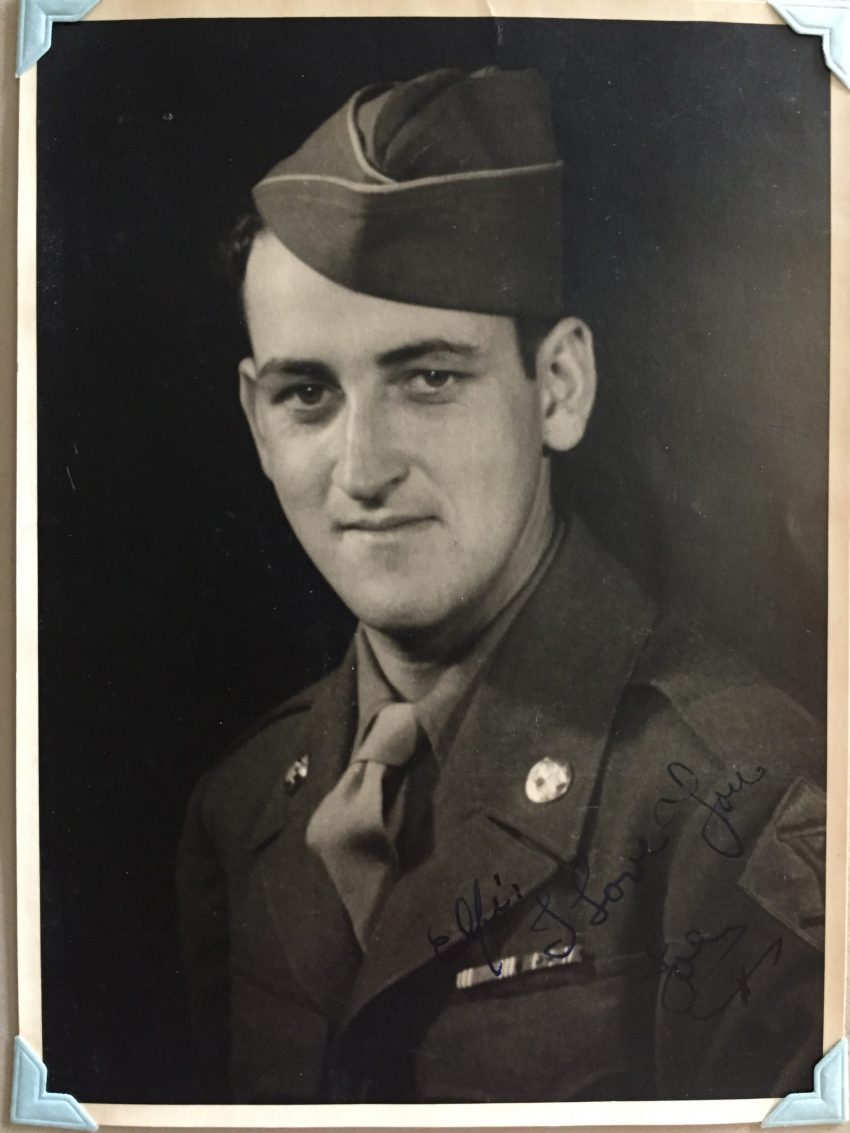 Joseph (Joe) Welsh was born on March 18th, 1924 and was from Philadelphia, Pennsylvania. His family ran a grocers on the corner of Kinsey St. and Ditman St. in Philadelpia. After graduating from Northeast Catholic High, he was drafted on his 18th birthday into the Army.

While working at KOFA Joe ran an evening request program called “Telephone Serenade” in which GI’s requested their favourite songs. Lee Boner from Arizona (the station manager at that time) acted as host and announcer for that show.

In the beginning, the show was aired from a sginal corps trailer where the two received the request calls from the GIs. It was only after KOFA was given a permanent studio that they had the enclosed booth with a microphone.

In December 1948 Joe Welsh married Elfriede Inmann, a local girl from Linz who was working for an army outfit switchboard.

After the couple had moved back to Philadelphia, Joe was given a contract to work at KOFA as a civilian station manager – so he quickly returned to Linz. He was only there for a few months before he ended his contract so that he could return to Philadelphia.

Joe and Elfriede moved to Oakford , Pennsylvania in 1951. They had four children: Joseph Jr., Patricia “Cookie”, Timothy and Michael. In 1952 Joe was hired by Parker and Williams, a communications company, out of Bristol, Pennsylvania.

Elfriede Welsh keeps the memory of KOFA Linz in her house in the USA today – she has the picture that hung in one of the KOFA broadcast studios at the time hanging in her house.

At this point we would like to thank Brenna Welsh and her family (especially her “Oma” 😉 ) for providing to us all the photographs and information for this special feature.