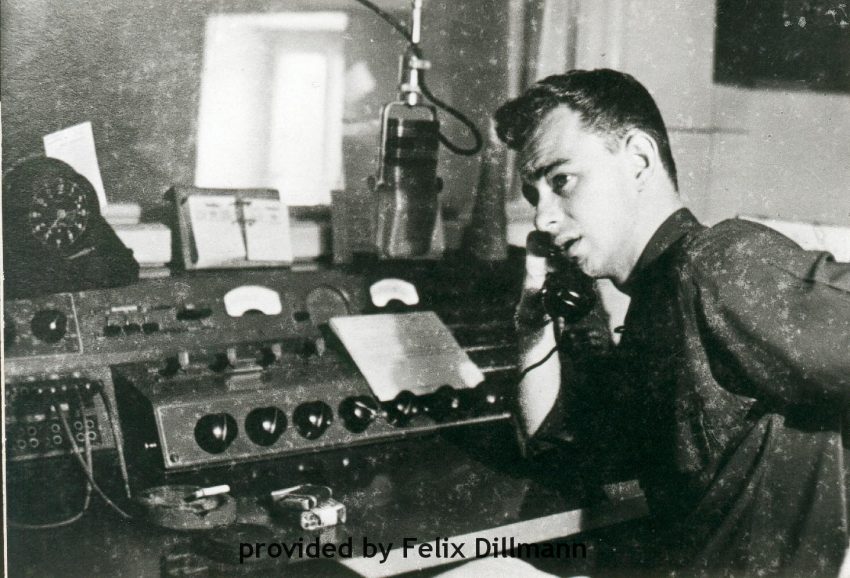 Pfc Marlin L. Haines, announcer and boardman for the Blue Danube Network, arrived in Salzburg in December 1952, he found more water in the Salzach than he ever had in the Rio Grande. But, more to his satisfaction, he could say that the Unterberg is not quite so high as Franklin Mountain.

To this networker, El Paso, Texas, was home. He was born in Denver, but didn’t remember enough about it to call it his home-town. Taking his radio degree in 1951 from Texas Western College in El Paso, Haines was a veteran of two-and-a-half years with El Paso’s Radio Station KEPO where he was announcer. At college, he worked for KEPO and also for the college outlet, Station KVOF-FM. Collegiate days also saw him as a member of Alpha Epsilon Rho, an honorary radio fraternity. Enlisting in the Army in March, 1952, Haines took his basic training at Fort Riley, Kansas. He then went through Hiley’s Leaders’ Course where the instructors awarded him the American Spirit Honor Medal.

He was assigned to  BDN in Salzburg upon his arrival in USFA and remained at the the main station. Where he was the emcee for the daily “Rise and Shine” Program from 6:30 to 7:30 am  and  the “Hillbilly Jubilee“, heard  Monday through Friday at 5 pm. He also conducted the five-minute Walztime program on Mondays and Friday. In the hobby line, he professed to play the guitar “a little” and was a fiend with the camera.

Marlin L. Haines left BDN and returned to the States in February 1954.