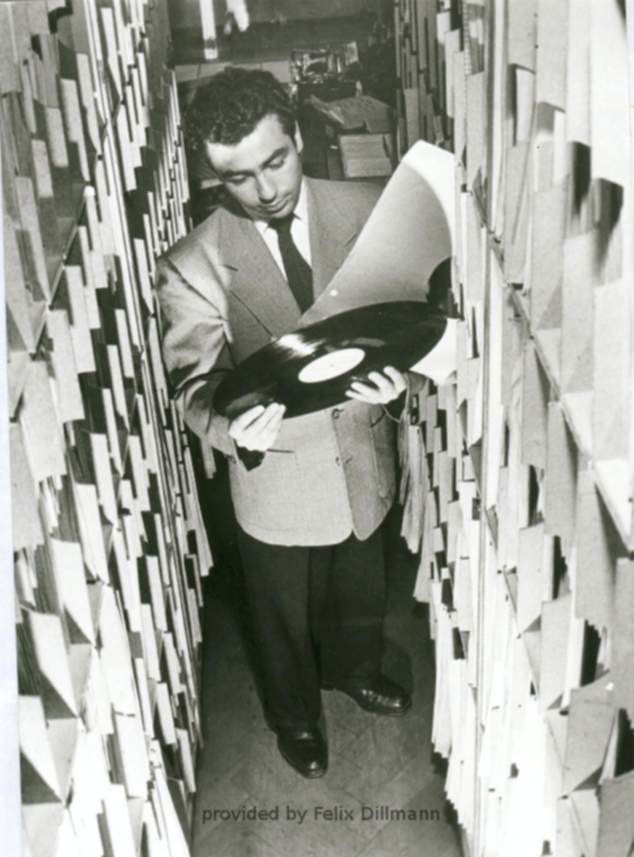 “My name is Mickey Kaplan…and I had the wonderful and fortunate experience to have worked as an announcer with BDN in Austria first as a soldier from 1946 to 1948. After returning to the U.S. in May of 1948 and to my surprise, I was contacted a little over a year later by the then station manager Mr. Bill Willey and Captain Robert Cranston the military commander of BDN (and I believe several years later became the Military head of the the Armed Forces Radio Service in Hollywood). I was offered the opprotunity to return to BDN at its headquarters station WOFA in Vienna (which where it all began for me in the service).

Of course I was a civilian now – a bachelor – just turned 21 years old-beautiful Vienna. Needless to say I accepted the offer and in September of 1949  I was on my way back to Vienna, the station was kind enough to do about a month of ! spot announcements telling our radio audience of my return to BDN along with the return of my jazz program called “STRICTLY SOLID‘”, which was one of the great joys of my life. There is so much about BDN , its staff its programs, its mission and its great popularity with the austrian populace – especially the younger generation …”