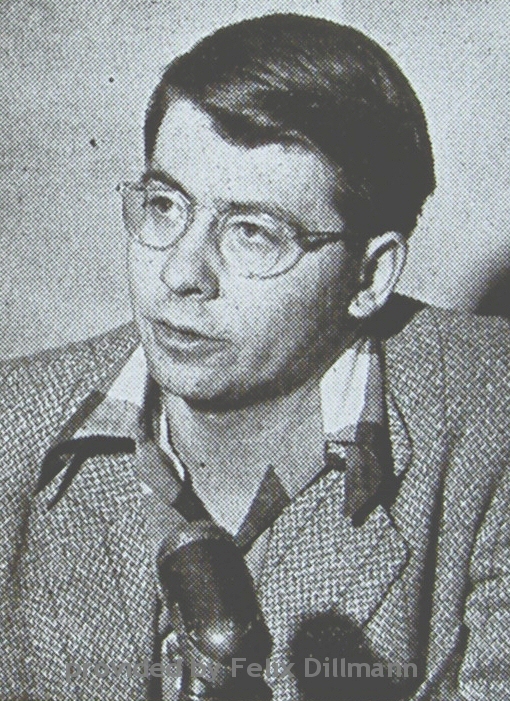 Paul Obluda  grew  up in Denver, Colorado, but went east for a BA degree in English from Yale University in 1949.

During his years at Yale, he held partime positions with radio stations WELI and WYBC in New Haven, Conn., as news and sports announcer. Summers were spent back in Colorado, mostly in Denver with stations KOA, KLZ, KVOD and KMYR as sports announcer and sometimes script writer. At one time, he was also assistant manager of  station KFTM in Fort Morgan, Colorado.

Before coming to USFA in November, 1951, Obluda held positions of announcer and sports director at radio station KRDO in Colorado Springs for a year and a half. 1953 Paul Obluda interviewed Gene Kelly at the facilities of the Blue Danube Network while Kelly was in Salzburg making a new movie.

After his engagement with BDN Obluda settled down in Mill Valley (CA) and worked as radio- and TV announcer for KGO in San Francisco. Later he joined the peace movement and had his name changed to “Purusha“.