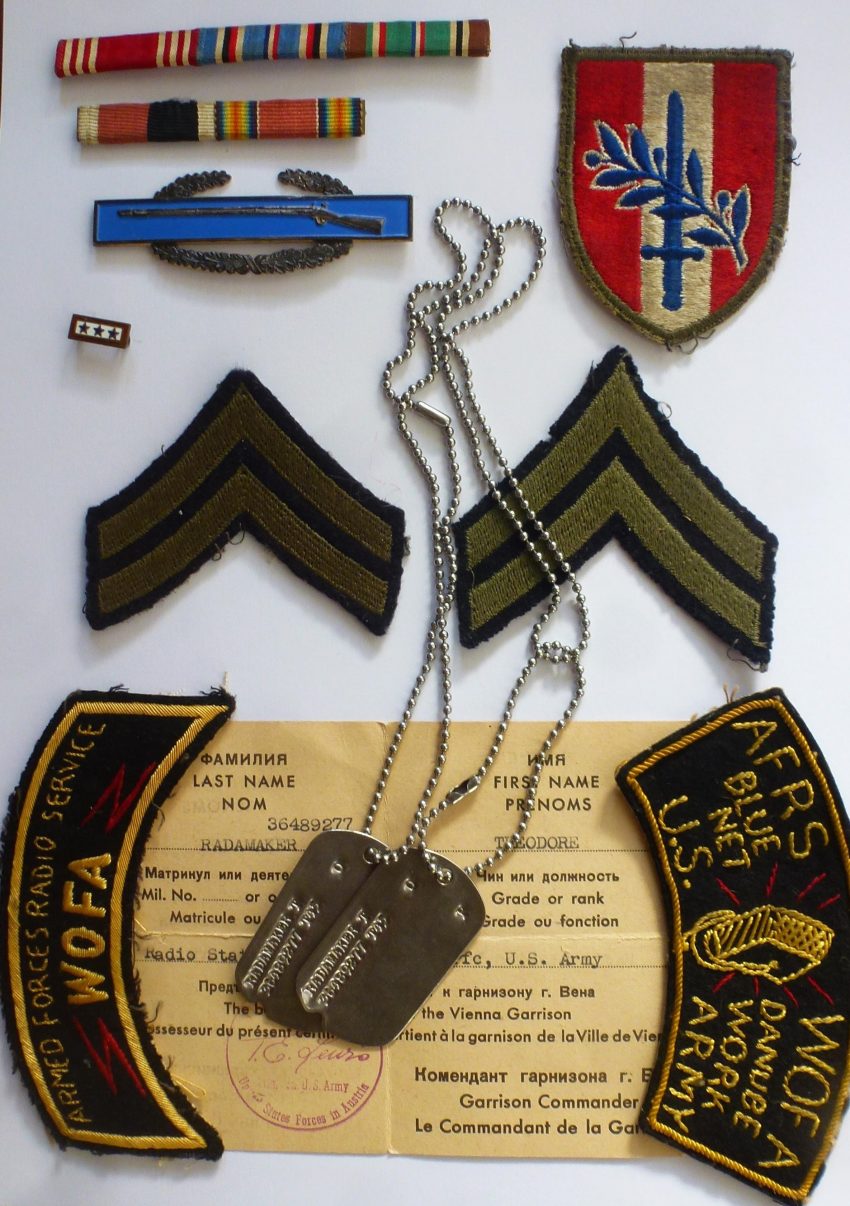 Apart from all the DJs and announcers who were so well known to the listeners of BDN there were also lots of news editors and other staff behind the scenes working in BDNs news broadcasting activities to keep listeners informed about all the things going on around the globe.

In our newest special feature we want to introduce to you Ted Radamaker, a young news editor working with BDN in 1946.

In addition to the many photographs he made of the station and its staff, his letters he sent home reveal increasing tension between the relatively “left wing” radio station staff, still devoted to the wartime alliance with Stalin’s Soviet Union, and their military superiors who were rapidly losing all sympathy for their Russian ally as the Cold War got underway.

Ted Radamaker enlisted in the US Army shortly after his 18th birthday in November 1944. The war ended while he was in basic training, but he was shipped to Europe anyway in January of 1946 to join the famous 101st Airborne Division, with other fresh troops whose mission was to replace veterans who were returning home. After a period of training in military administration in a school set up by the Army in Zell am See, Ted was assigned to work at the Salzburg headquarters of the American Forces in Austria, taking notes and keeping records of meetings there.

Ted was very unhappy at this job. He had the impression he spent most of each day saluting persons high in rank who barely noticed his presence.

Ted Radamaker at KOFA in Salzburg

In March he became aware that there was a position open for an assistant news editor at WOFA the Blue Danube Network Station in Vienna. He applied for the job and was accepted and arrived in Vienna at the end of April to take up his new duties. He thought he had discovered the earthly paradise. In stark contrast to the stiff formality of the work atmosphere in Salzburg, heavy with brass, the radio station in Vienna had a small staff consisting entirely of relatively well educated young men, none of whom were officers or had any particular attachment to military discipline. They were all living together in a fabulous mansion on the outskirts of Vienna that had been requisitioned by the army from its absent owner, who had discreetly moved to Switzerland, and they were all conscious of their great good fortune.

Here is a letter in which Ted describes that good fortune to his family back in Detroit.

Sadly Ted Radamaker passed away in 2013 – we are grateful to his son, Dallis Radamaker for having provided his father’s story and the photographs for this special feature article.